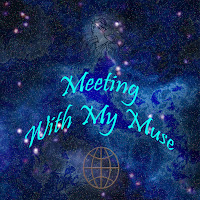 It's been a bizarre weekend to say the least, so hopefully that will serve as inspiration for the coming week.  I don't want to go into too many details right now, but I will say that flash flooding temporarily washed out all of the roads leading out of town when we were at my in-laws house yesterday.  It took about an hour and a half for any exits to become viable.  While there, my husband and I saw that the park where we got married had turned into a raging river.  The current would have easily swept anyone away who tried to cross.

Needless to say, though I'll say it anyway, the weather has been volatile around here.  We went from getting about ten inches of snow, to breaking a heat record, to flash flooding.  Our house is nowhere near the flooding, however, so that's at least a good thing for us.

My goal for this week is to keep up with my editing, and to try to stay sane.  With all the craziness going on around here, I won't be bored, a least!

How has the weather where you live been treating you?
Posted by L.G. Keltner at 11:23 AM

Email ThisBlogThis!Share to TwitterShare to FacebookShare to Pinterest
Labels: Meeting With My Muse