I'm proud to be a co-host for this weekly blogging event.  The other co-hosts are:

This week I'm celebrating the progress I've made with edits for my WIP.  Editing has never been my favorite activity, and I tend to agonize over it.  I tend to second guess every choice I've made, and that is not a pleasant state of affairs. This time, however, I think I've been keeping this tendency in check.  We'll see how it goes from here.

We had a productive day last Saturday.  We got the yardwork done, and we cleaned out both of our cars.  Not only did we throw away all the pieces of garbage that had accumulated, but we also vacuumed out the interiors and took them both to the carwash.  At the end, they were squeaky clean.  Our kids, of course, kept trying to run through the spray as we worked, and it was hilarious. After that, we grilled out and took the kids to the park.

Express Yourself: Most Recent Book Read

Here's the question for this week: What's the last book you read?  If you want, please give a small review for us.  How many stars, etc., etc.

As always, I've been constantly immersed in books.  Earlier this month, I read City of Heavenly Fire by Cassandra Clare, and I'm currently in the middle of reading Winter's Tale by Mark Helprin.  I also have The Ocean at the End of the Lane by Neil Gaiman waiting for me on my shelf, so that will be the next on my list.

However, right in between City of Heavenly Fire and Winter's Tale, I read a short little book that I'm sure plenty of you have heard of.

The Perks of Being a Wallflower by Stephen Chbosky

I'm not sure why I hadn't read it before now.  I spotted it on the library shelf a couple weeks ago, and I decided to give it a shot.  It took me the span of a day to read it.

The main character Charlie is extremely socially awkward.  In that sense I could definitely relate to him.  We get his story in the form of letters written anonymously to someone whose identity we never learn.  We see him interact with a teacher who sees something special in him.  We see him befriend a group of seniors and the ways he tries to participate in the world around him.  Every step of the way, I felt his awkwardness, and I empathized with his struggles, both with school and family life.  He also struggles with mental illness (though I won't get into too many details about that, since I don't want to ruin the book for anyone who wants to read it).  I love that books like this exist, because there are so many young people who struggle with the deep, dark issues presented in this novel.  These kids need to see protagonists with whom they can relate.

There are some limitations with the book being written as a series of letters. There are a lot of crucial events in his life that we as readers don't get to see in real detail.  At the same time, though, the fact that it's written as a series of letters makes it feel intimate, as if Charlie is telling the reader the nitty gritty details of his life in a direct and honest way.  In the end, even with the things the reader doesn't get to see, I felt the style of the novel worked well.

I loved this book.  It's not a perfect book, but it's an important one, and I'd highly recommend it .

What is the most recent book that you've read?

Email ThisBlogThis!Share to TwitterShare to FacebookShare to Pinterest
Labels: books, Express Yourself

Once again, I am a proud co-host, as are the following wonderul bloggers:

I've had an amazing week as far as the acquisition of books is concerned!  Let me show you.

First of all, my dad gave me an awesome copy of The Hobbit by J.R.R. Tolkien. Look at how pretty it is! 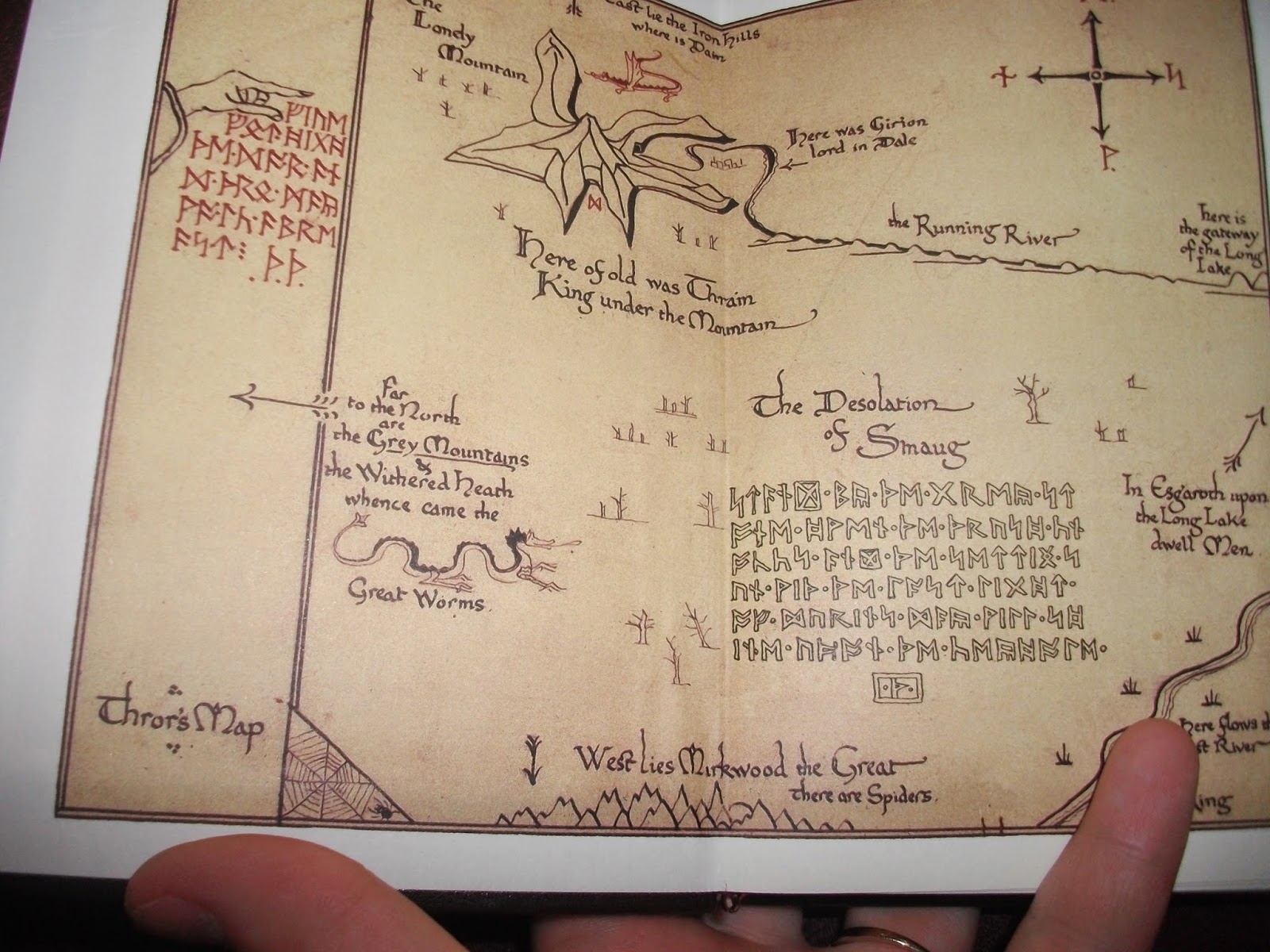 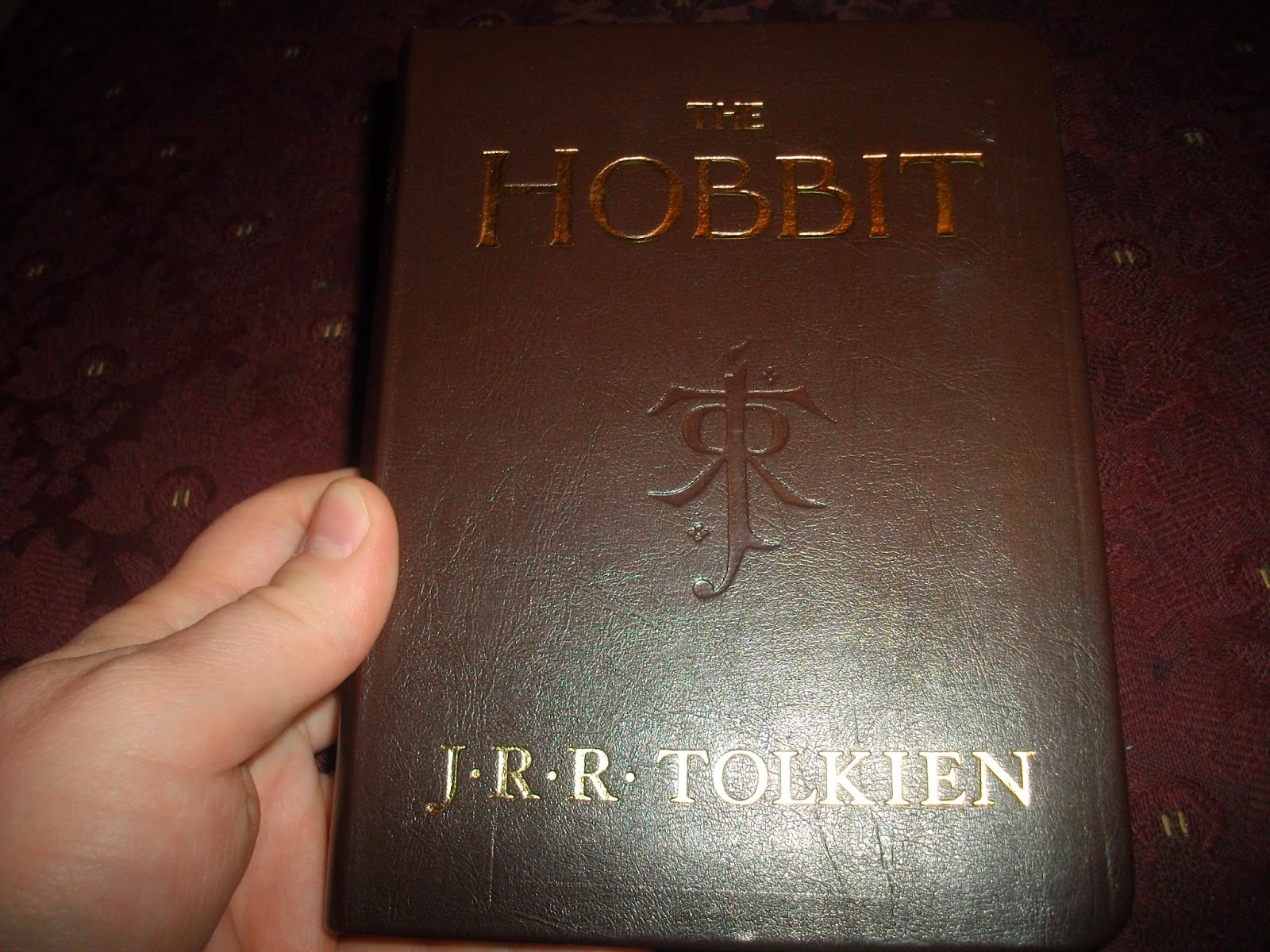 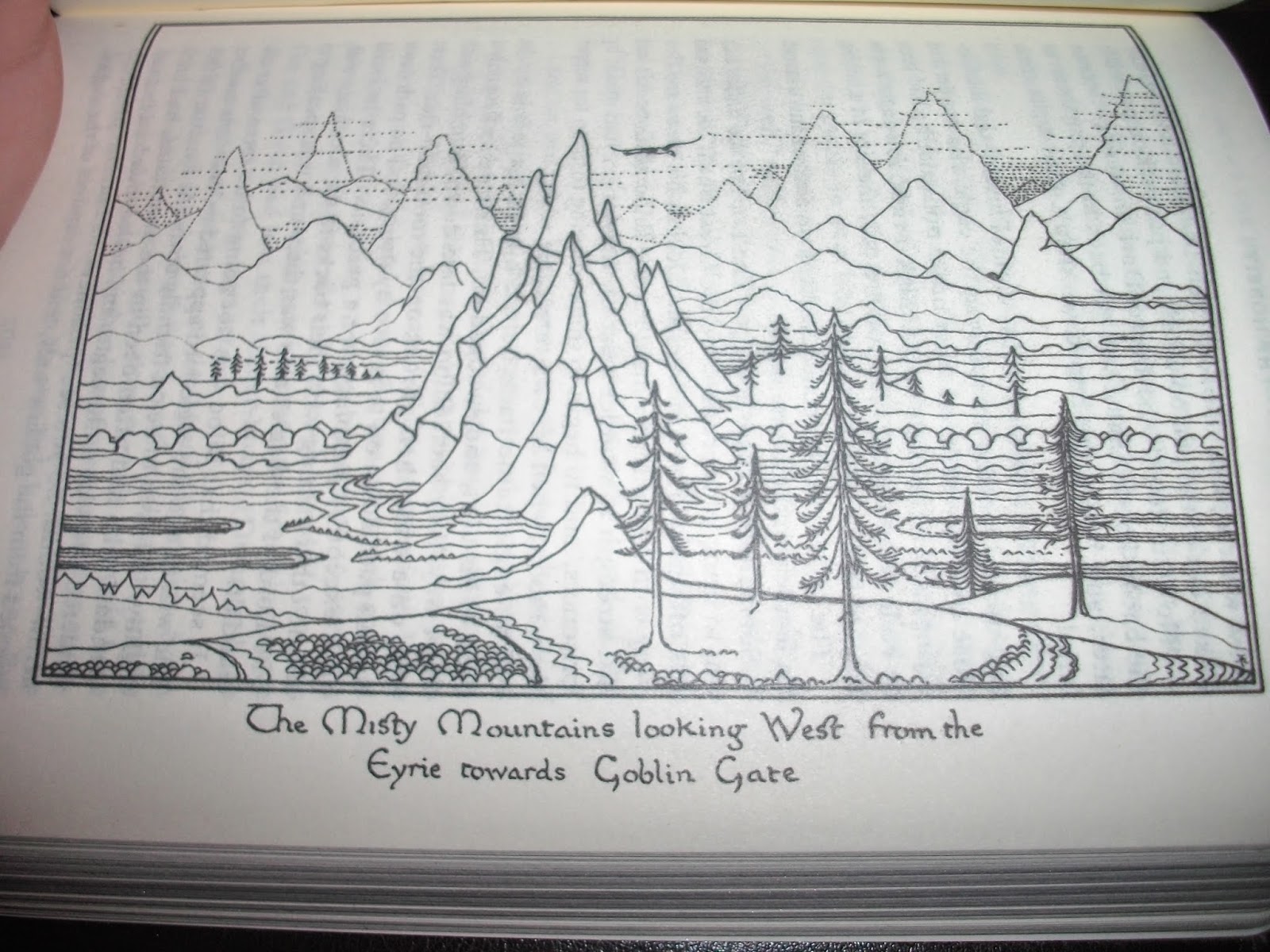 It has all kinds of neat illustrations inside.  I love it!

I also got a book in the mail this week, and it's another one I'll treasure forever. My husband bought it for me for our anniversary.  While our anniversary was a couple of weeks ago, shipping takes awhile.

As you can see by the picture of the cover, the book in question is The Ocean at the End of the Lane by Neil Gaiman.  Rule one: If Neil Gaiman wrote it, I want it. However, my husband went one step further and got me an AUTOGRAPHED copy.

Look at it.  That's Neil Gaiman's autograph.  That means he actually touched the book that I now own.  Isn't that awesome?  My husband definitely did good with this one. 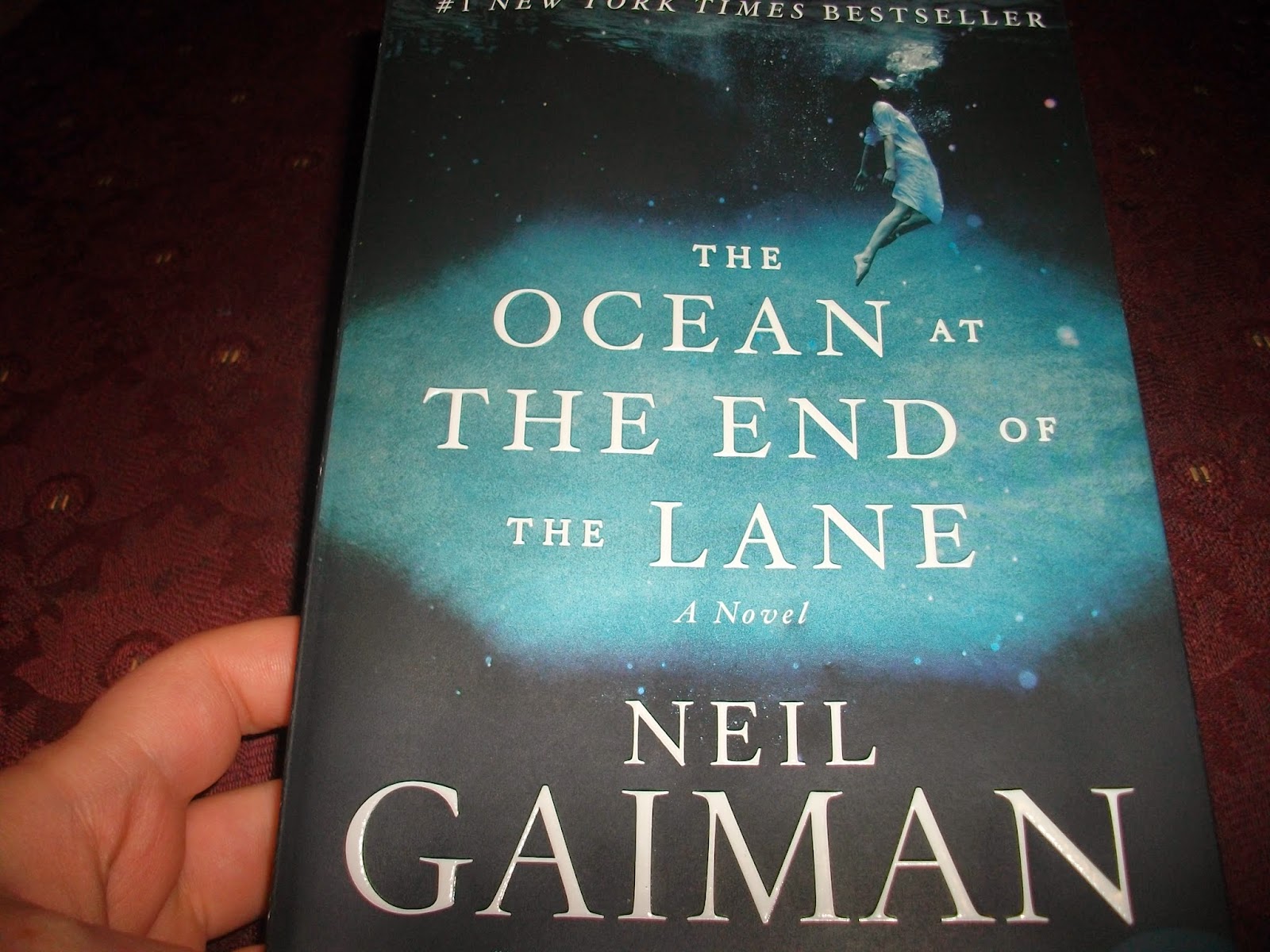 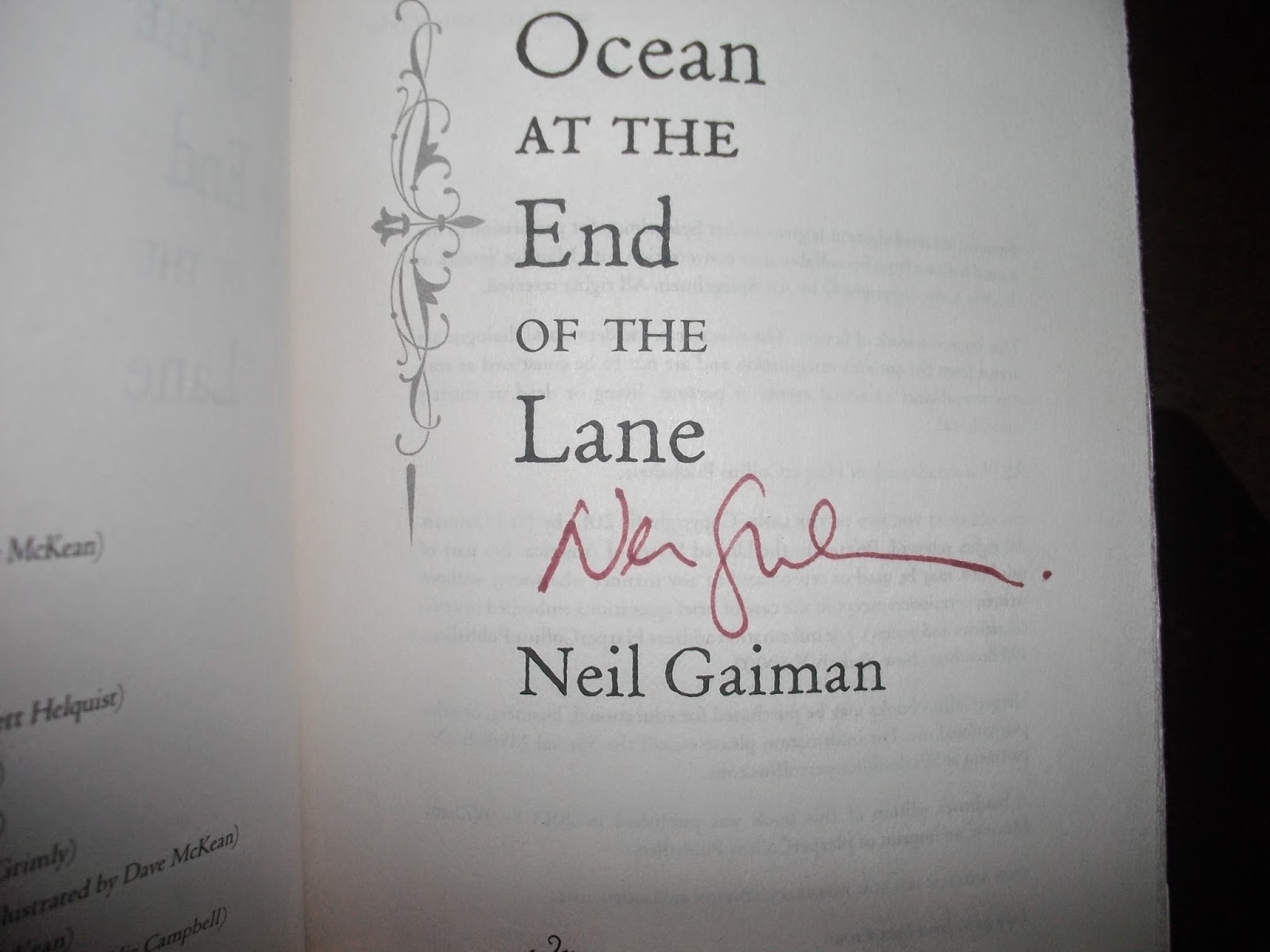 The question for this week is: What's the scariest movie you've watched or book you've read that made you unable to sleep?

Movies don't typically scare me.  At least, not to the point I can't sleep.  Even as a kid, I don't recall having any horror movie induced insomnia or nightmares. My brain is stubbornly aware that what I'm watching isn't real.  The things that happen in real life tend to frighten me a lot more.

Still, while I haven't been rendered speechless, I have to admit I was a little leery of going into the basement immediately after watching The Blair Witch Project. In my defense, I watched it when I was home alone, and I was only 15 or 16 at the time (I can't remember which).  It was late at night, and the basement light was broken.  My family kept our stash of empty pop cans down there, so I had to debate the merits of going down there to put the empty cans where they belonged, or risking leaving a mess and facing my parents' ire.  In the end, I ventured into the basement, though I may or may not have been in and out of there in record time.

I have to laugh at myself now when I remember that.

There are also certain scenarios I find more horrifying than others.  The movie Alien didn't terrify me per se, but the scenario is one I definitely wouldn't want to be a part of.  Much as I love the idea of making contact with other species, I don't think I'd want to be stuck on the Nostromo with a xenomorph.  Nope. Count me out of that one.  Being stuck on a spaceship, where you're undeniably isolated, with something that slimy and ruthless sounds like a terrible way to spend your evening.  Unless you're watching the action from the comfort of your living room with a bowl of popcorn, of course!

What movies or books have frightened you most?

I'm excited to be  a co-host, and I am in good company.  The other amazing co-hosts are:
Diana WilderKatie @ TheCyborg MomCaffeMaggieato @ mscoffeehouse

This week I taught my boys how to make the bat signal using a flashlight and a viewer that came with a Batman birthday card.  I can't tell you how many times this week they tried to summon Batman as a result.  So cute! 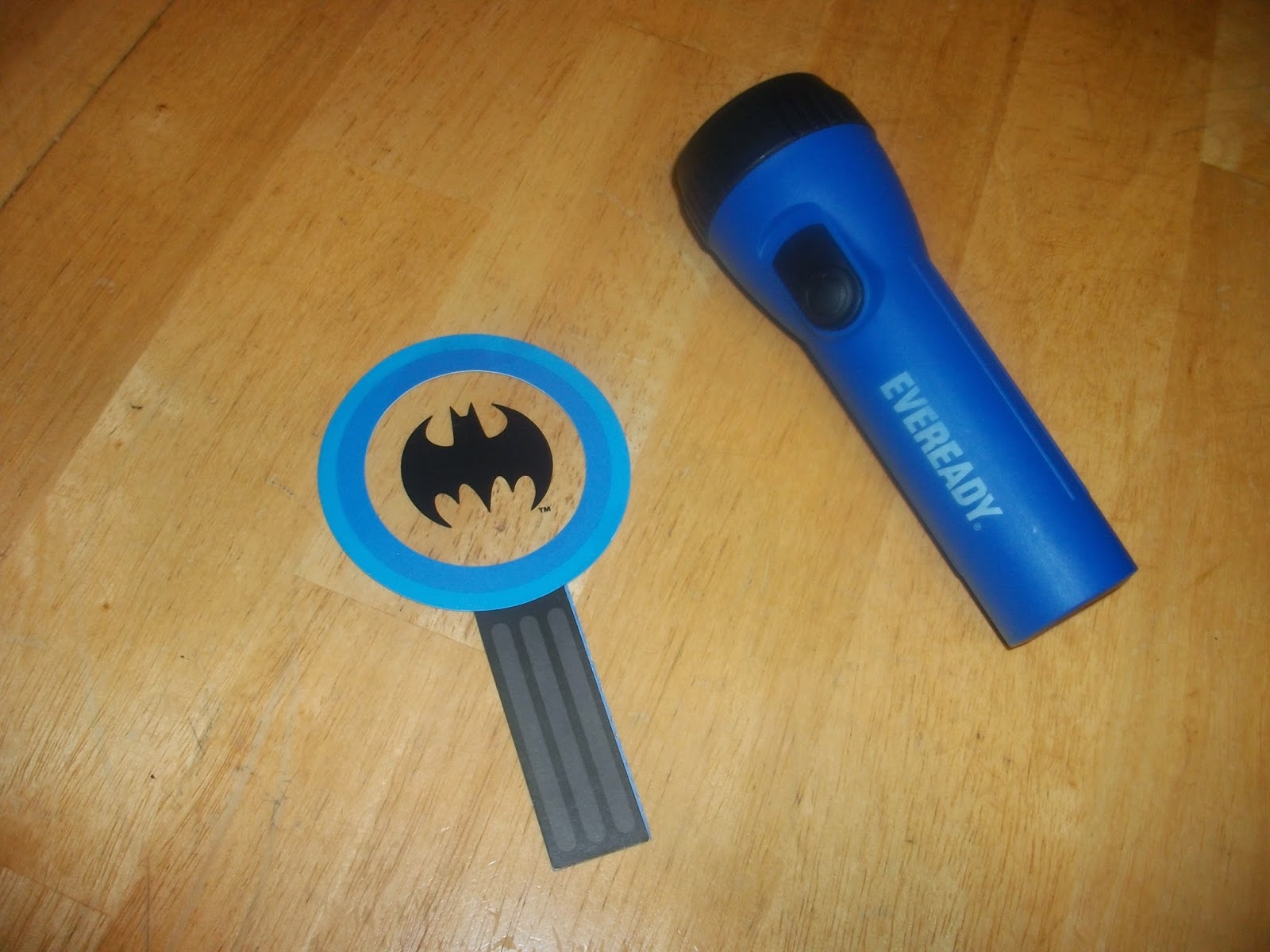 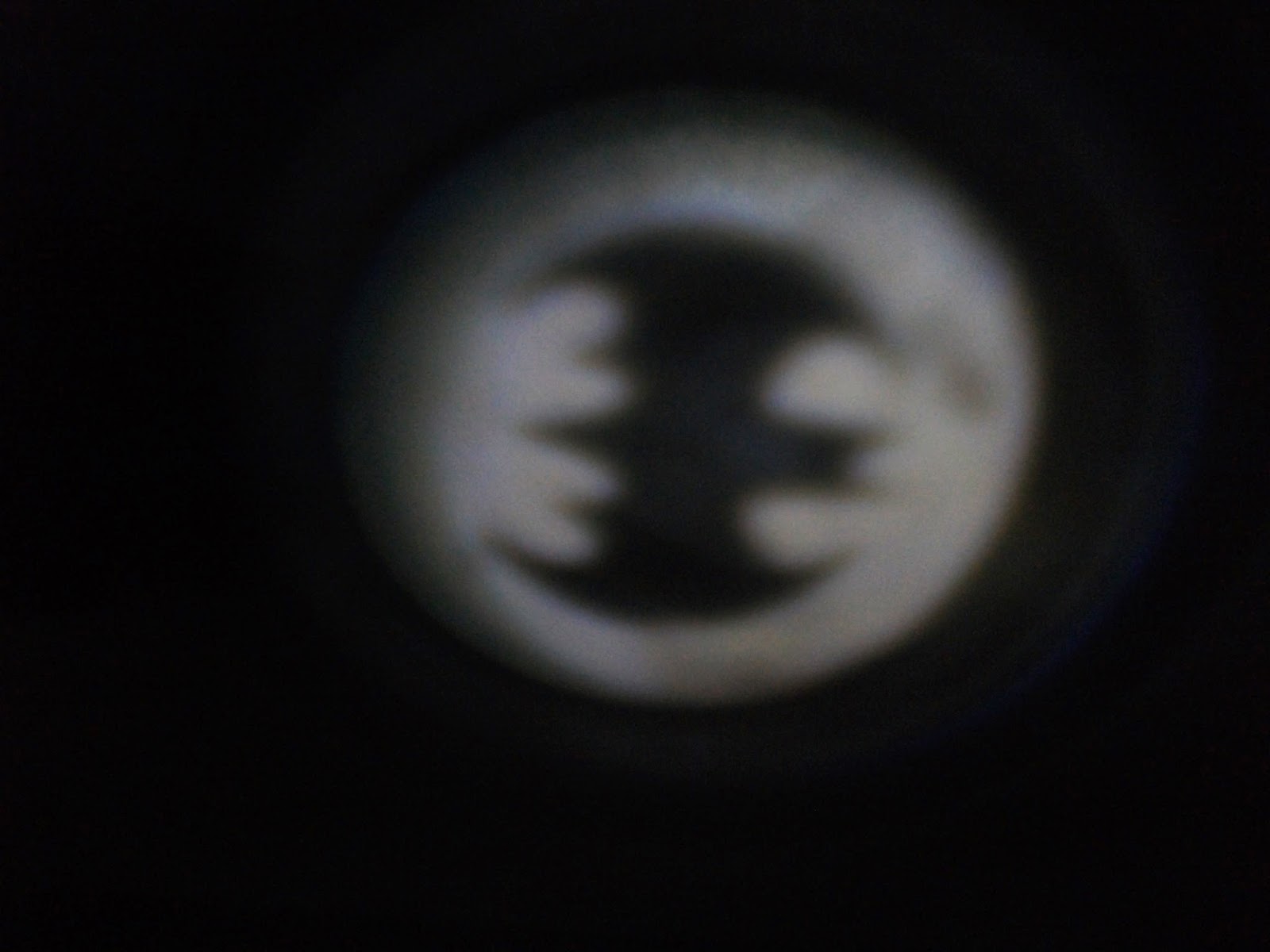 I have also been developing an exciting idea for a new WIP.  I have revisions that I need to be working on, but I'll also be working on figuring out this new world while I work on that as well.  My brain is overflowing with creative energy right now!

Express Yourself: One Adjective

Here's the prompt for this week: Use ONE adjective to describe yourself.

That's a challenge, especially for someone who tends to be as wordy as I am.

Here's my attempt at accomplishing the task at hand.

There.  I think that single adjective will do for now.

What adjective would you use to describe yourself?

It's Friday!  Let's take the time to Celebrate the Small Things with VikLit!

I have the distinct honor of being a co-host, along with these lovely bloggers:

June 2nd was my wedding anniversary.  My husband and I have now been married for seven years.  My oh my, where has the time gone?  Since our anniversary was on a Monday and my husband works nights, we didn't do a whole lot on the actual day, though we watched movies together the night before.  It was nice.

I made a cinnamon roll cake this week, and it was gone in record time.  At least I managed to get a couple of pieces out of it.

My boys got to spend some quality time with their cousin on Thursday, and this cute picture resulted. 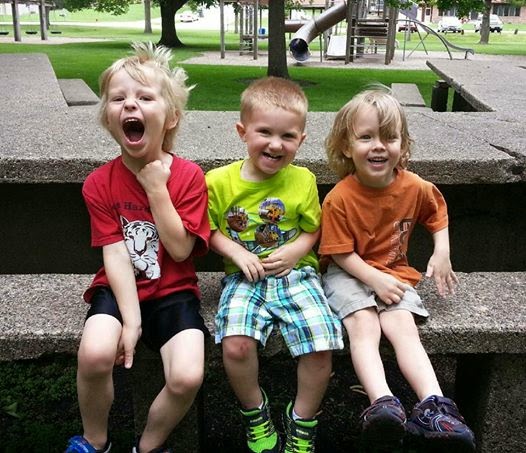 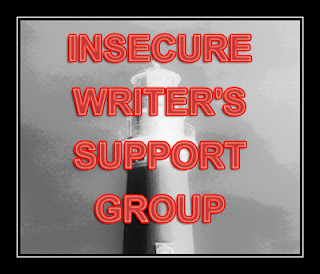 Is it really the first Wednesday of the month already?  Why, yes it is!  That means it's also time for another meeting of the Insecure Writer's Support Group.  This wonderful group was started by Ninja Captain Alex J. Cavanaugh, who operates an army of clones that enable him to reach all corners of the blogosphere.

Today, I am proud to count myself as one of the co-hosts for the IWSG.  The other co-hosts are C. Lee McKenzie, Tracy Jo, and Melanie Schulz.  Be sure to stop by and say hi to my fellow co-hosts if you get the chance.

You can also find much-needed support at the IWSG website!

The question I'm pondering today is this: how long should I leave a completed first draft untouched before I go back to revise?  I do find it helpful to take a step back from a project before immersing myself in the revision process, because that helps give me the distance I need to see the flaws in what I've written.  In the meantime, I've been working on other projects, but part of me is itching to go back and revise.  Should I return to the project in question when I feel like it, or should I revisit it after a predetermined amount of time?  How much time works for you, or do you prefer to revise immediately after completing your first draft?

What insecurities are you experiencing this month?

The question for this week is: Any fave video games?  Not a gamer, then what are your top board games, cards, etc. that you enjoy?

My husband is the gamer in the family.  However, I do enjoy plenty of board games.  Some of my favorite board games are Trivial Pursuit, Monopoly, Sorry, and Pachisi.  My love of board games came from when I was a kid.  My parents and I would spend New Years eve eating snacks and playing board games. Nowadays, my husband and I spend a lot of our weekends sipping wine while playing Monopoly or Trivial Pursuit.  These weekends have taught me that, while I am good at Trivial Pursuit, my aptitude for the game declines with each subsequent glass of wine.  Interesting . . .

What games (video games or board games) do you like to play?