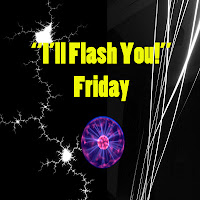 Hey guys!  I know this is a late posting.  I wanted to share this with you earlier, but real life demanded attention.  It has a way of doing that sometimes.

Though I haven't gotten as much work done as I'd have liked at this point, I have been trying to expand on and polish "Adam's Apple", which some of you may remember as my April A-Z Challenge story.  There's plenty more I'd like to do, but patience and persistence will get me there.

I wanted to share a little bit of the back story I've been writing for the protagonist Adam Evans.  Consider it bonus content.  While not crucial to the main story, it's still fun.

Here's an excerpt from "A Brief History of Adam Evans and His Failed Romantic Encounters."  The story about the go kart, the peach, and the turtle follows this piece, but I have to keep some things to myself.  At least for now.

Adam Evans never knew quite how to interact with girls when he was high school.  His especially scrawny frame didn’t help, either, because he felt invisible next to the athletic types who seemed to have no trouble attracting female attention.  He needed to make an extra effort to stand out.  A lot of other boys his age might have been able to say they felt the same way, of course, but Adam seemed to have a special talent for screwing up each romantic possibility with dramatic flair.

He wanted to be confident around women, because he’d heard from plenty of people that women preferred a man who was confident.  However, he quickly learned that, when feigned badly, the confidence he hoped to display could come across as arrogance.  More than once he walked away from a girl with a well-deserved welt rising on his cheek.  Each injury, whether it was physical in nature or simply manifested itself as a bad case of wounded pride, steered him in the right direction.  The course corrections were gradual, and he often wondered if he would ever achieve the desired result.

Fortunately for Adam (or so he reckoned at the time, anyway), the course corrections eventually led him to Magdalena White during his senior year.  She had stunning long brown hair and . . . well, he would have noticed her gorgeous green eyes sooner if his attention hadn’t been drawn to certain other attributes.  Yet, even with this distraction competing for his attention, he couldn’t help but notice Magdalena’s sense of humor and casual demeanor.  She was cool without even trying.

One day he approached her in the hall.  On any other day, he might not have managed it, but he noticed she was wearing a Captain McNinja and the Bonehead Brigade t-shirt.  This had been his favorite comic book series since he was a kid, and if nothing else, he could surely talk to her about that.  Shoving one hand into his jeans pocket, he tried to adopt the relaxed walk he’d seen some of the more popular guys employ.  Unfortunately, the unnatural gait required so much attention that he didn’t see the classroom door swinging open directly in front of him.

A smash to the face and painful collision with the floor ensued.  Adam sat up as quickly as he could manage in an attempt to salvage his dignity.  Not that this was possible in a hallway filled with students.  A crowd grew around him within moments.  Several students were snickering, while others simply looked on in awe at how quickly Adam’s damaged nose released blood onto the floor.

Magdalena, however, stepped forward with a handful of tissues.  “Here, it looks like you need these.”

Humiliated, Adam took the offering and used it to stem the crimson tide that was threatening to wash away the last of his nerve.  Pushing himself to his feet, he decided to forge ahead before the blood loss made his head go fuzzy.  “I like your shirt.”

It didn’t take him long to see how disjointed that scene from his life must have looked to any outsider.  Magdalena surely thought he was already delirious, but she simply smiled.  “Thank you.”

She walked with him to the school nurse, holding on to his elbow the entire time.

“Did you hear they’re making a new Captain McNinja total immersion game?” Adam asked.  He wanted to get some kind of conversation going since she was still there.

“Yes, I did.  I hope it’s better than the last one.”  She shook her head.  “They completely ruined the ending with the reveal that McNinja’s father was actually the Assassin.  It only introduced a bunch of continuity errors, and it’s an overused plot point anyway.”

Hearing those words come from her mouth made him dizzy with awe.  Or perhaps it was the continued blood loss.

After being patched up by a doctor, he returned to school the following day.  Adam successfully engaged Magdalena in conversation every day for the rest of the week without offending her, or without embarrassing himself a second time.  After accomplishing that seemingly impossible feat, he worked up the nerve to ask her out.  She even said yes!

They had exactly one date.  All went well until he dropped her off at home.  He got his first real kiss that night, which was fairly amazing.  At least for him.  Apparently the feeling wasn’t mutual.

“You deserve a girl who can appreciate everything you have to offer,” she told him afterwards.  “I think you’re a cool guy, but the kiss didn’t do anything for me.  That’s essential, you know?”

Adam went home feeling more dejected than ever.  How could he guess that this would be the most normal of his romantic failures?
Posted by L.G. Keltner at 11:59 PM