I'm so happy to welcome the wonderful Kyra Lennon to my blog today!  I could write a long, elaborate introduction, by why should I do that when you'd much rather be reading what Kyra has to say?

In Sidelined, Jude is the Westberg Warriors goalkeeper, but he is somewhat overshadowed by his wife, Bree. The cool thing about that is, he doesn’t mind because he isn’t really crazy about the spotlight. He does his job and he’s happy to let Bree take centre stage whenever they go out. This guest post from Jude is a deeper look about how he feels about Bree, from when they met, to right now.

I met Bree in the most ridiculous, unconventional, heartbreaking way ever. Regular couples meet in regular places; a club, the movies, through friends. Nothing about Bree and I was conventional from the moment we met. We’ve sort of got normality down now, but it took a while.

Bree was broken when I met her. Fragile, scared. Right away, there was something about her, though. Something warm and sweet beneath the fear. But she was seventeen and I was ten years older than her. I know what you’re thinking. A rich soccer player taking in a damaged teenager – I must be some kind of pervert, right? Believe me, there’s nothing you can think that didn’t cross my own mind.

But it wasn’t like that. I didn’t see her and take her in because I have a thing for young girls. I didn’t feel that way about her at first. I couldn’t explain why I wanted to take care of her when I knew she could take care of herself – she was so much older than her years because of things she’d been through. There was just something inside me that told me it was the right thing to do – to take care of her until she found her own place to live. She didn’t use me or my money. She found a job when she was feeling better; but she was too stubborn to even ask me for some cash so she could buy some new clothes, even though she had almost nothing. I forced two hundred dollars into her hand and told if her if it made her feel better, she could pay me back when she started work.

Every penny of it came back to me, even though I told her to keep it.

She stayed with me for a year, saving up frantically so she could “get out of my way”. She was never in my way. Little by little, she started to spend less time in her room, and more time with me. We watched movies together, ate dinner together, and she really loved doing all the things tourists love to do when they visit L.A. That’s just one of the things I love about her. You live in L.A too long, you stop appreciating it, but she still gets excited by the Hollywood sign, even now.

Bree made me laugh like nobody else ever had. I’m pretty serious a lot of the time, but she showed me how to lighten up. She still has to remind me sometimes.

You can’t imagine how much I tormented myself when I asked her out on a date. She was eighteen – legally an adult – but I knew what kind of treatment I’d get if things actually started to work out between us. Ten years isn’t such a big deal – if I’d been thirty-eight, and she’d been twenty-eight, that would have been okay. But it was the “teen” part of her age that made me question everything.

I talked to my friends about it, asked them if there was something wrong with me for having feelings for Bree when she was so young. Miguel and Will were my go-to guys back then, and both of them reassured me that it was okay. That I was okay for having feelings for her. It wasn’t like I made a habit out of picking up younger women – it was her. She was special. She is special.

Of course, we got more than our fair share of comments. I really thought it would be me who would come off worse for “corrupting” a young girl, but while there definitely was some of that, mostly, I was the one being warned that Bree was after my money. It didn’t matter how many times I explained that she never took anything from me, nobody believed it.

I asked Bree over and over if it was too much. If the constant commentary about how wrong we were together was too much hassle for her. She always responded the same way. With a big smile, and a head shake, as if I was worth it all. Lucky for me, because I felt the same way about her.

We weathered it together. Slowly, people stopped talking about what they thought we were and saw the truth. I was in love with her, and she looked at me as if I was the best man ever to walk the planet.

And that’s our story. Most days, Bree still looks at me as if I’m the best man to ever walk the planet, and I’m still very much in love with her. More now than ever. 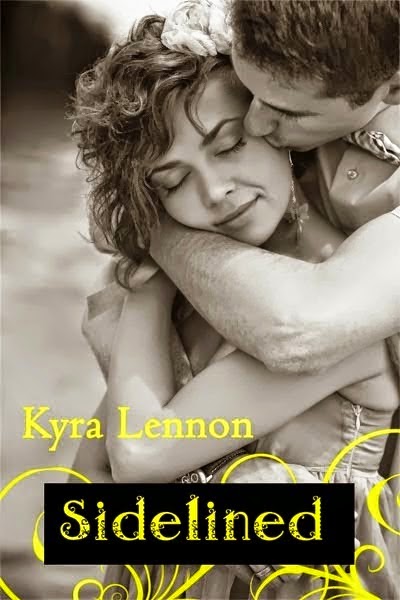 Blurb: At the age of twenty-one, Bree Collinson has more than she ever dreamed of. A handsome husband, a fancy house, and more shoes than Carrie Bradshaw and Imelda Marcos combined. But having everything handed to her isn’t the way Bree wants to live the rest of her life. When an idea to better herself pops into her head, she doesn’t expect her husband to question her, and keep her tied by her apron strings to the kitchen.

Isolated and unsure who to turn to, Bree finds herself falling back into a dangerous friendship, and developing feelings for the only person who really listens to her. Torn between her loyalty to her husband and her attraction to a man who has the perfect family she always wanted, she has some tough choices to make.

While Bree tries to figure out what she wants, a tragedy rocks the Westberg Warriors, triggering some dark memories, and pushing her to take a look at what’s really important. 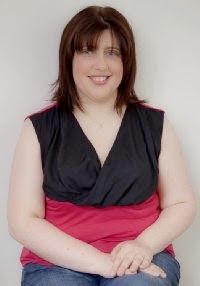 Kyra is a self-confessed book-a-holic, and has been since she first learned to read. When she's not reading, you'll usually find her hanging out in coffee shops with her trusty laptop and/or her friends, or girling it up at the nearest shopping mall.

Kyra grew up on the South Coast of England and refuses to move away from the seaside which provides massive inspiration for her novels. Her debut novel, Game On (New Adult Contemporary Romance), was released in July 2012, and she scored her first Amazon Top 20 listing with her New Adult novella, If I Let You Go.

a Rafflecopter giveaway
Posted by L.G. Keltner at 12:00 AM