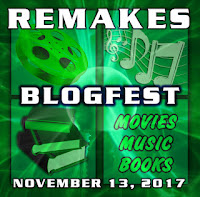 It's time for the Remakes Blogfest!  Our hosts for this one are Alex J. Cavanaugh and Heather M. Gardner.

Let's face it.  Remakes abound these days.  A lot of the time, remakes are made to cash in on nostalgia, and they're often done so poorly it hurts.  In a world filled with terrible remakes, it might be reassuring to know that remakes can be done well.

The process of writing this post was more difficult than I originally imagined it would be.  I've seen a lot of remakes, some of which I didn't realize were remakes until much later, and that got me to thinking about what makes a good remake.  I can't quite plot the trajectory I ended up taking, but one thing led to another, and all of the sudden I found myself debating the terms remake, reboot, and retelling.

In general, these terms aren't so easily defined.  People seem to have different ideas of where the lines are drawn.  It's generally agreed that remakes stick close to the original source material.  The primary reason to make a strict remake tends to be to make use of updated special effects.  And to make money, of course.  This might be one reason why I find a lot of remakes dissatisfying.  They ultimately seem pointless.  If the original was so wonderful that you want to make a completely faithful remake, then why bother? 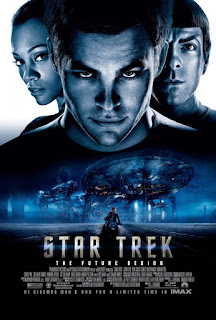 Reboots happen a lot these days too.  These take the original premise, but often take the story in a different direction.  This can be an interesting route to take.  You can explore how beloved characters react to new scenarios and contemplate the alternate paths history might have followed under other circumstances.  The recent Star Trek films are an example of this.  While they're not perfect, I have enjoyed them for what they are.  As long as you stay true to the heart of the source material, a reboot can be a good way to entertain old fans while drawing in new ones.

Then comes the category I personally find most intriguing: the retelling, aka the re-imagining.

The retelling is the least loyal of the three.  Here you can have wild divergence from the original source material, though you can still see it there, hidden in the bones of the piece when 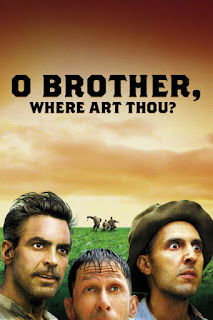 you pick it apart.  It serves as inspiration, helping to lay the foundation for something new.  Why do this, though?  Why are we compelled to retell stories across time?  There are untold worlds worth of stories to be told, but we keep coming back to the same ones and reexamining them.  Why do we keep adapting Shakespeare's plays?  Why do we keep making new works based off The Odyssey?

I think a part of it has to do with the themes of these classic stories.  Shakespeare's plays continue to resonate because they speak to love and loss and greed and pain.  No matter how much society changes, those human emotions stick with us.  Those old stories are a part of us.  We grew up with them, and we continue to relate to them.

That being said, we also live in a time vastly different from Shakespeare's day.  While our humanity remains, our worries about the world are different.  We live in a world where the wonders of science both excite us and frighten us.  We value what science has made possible while also worrying about how our own human failings may lead to disaster on a much larger scale than was previously possible.  In retelling these old tales in a new context, we can explore what it means to be human in modern times.  We can examine where we've come from and speculate about where we may be going.

That brings me to one of my favorite retellings.  It may not be a remake in the strictest sense, but I feel like it falls within the spirit of this blogfest.  I have fond memories of watching this film as a kid. 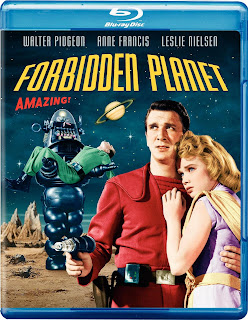 Forbidden Planet sends Shakespeare's The Tempest into deep space.  The story has been greatly changed, obviously, but it's still there, repackaged in sleek metal and special effects.  It explores the old themes in a new context.  I'd recommend watching this video to learn more about the relationship between Forbidden Planet and The Tempest.  It's pretty brilliant.


What are your feelings about remakes?  What remakes have you enjoyed?
Posted by L.G. Keltner at 12:00 AM