Time For a Story Treat 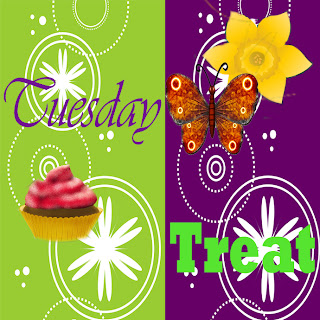 Like I promised, I tried to write the next installment of my serialized story.  And amazingly enough, I succeeded.

If you haven't yet read part one, I suggest you do so before reading this.  It'll make more sense (?) that way.  Click HERE to read Part 1: The Sounding.  I've added a link back to this part from there, so you should be able to navigate easily.

Warmth engulfed me as I passed through the hazy blue.  A faint electric charge in the air made my skin tingle.  I closed my eyes, knowing that if I was about to meet my death, I didn't want to see it coming.

The wind on my face seemed to be slowing down.  Gravity was losing its hold on my body.  My physical weight slipped away like layers of clothing.  After a time, I hardly seemed to be moving at all.  That's when I noticed something else I couldn't explain.

I was certain I dove off that edge head first.  The direction from which the wind had buffeted me confirmed that much.  But now the wind direction had changed, and I felt like what little momentum I still possessed had my feet moving ahead of me.  I considered opening my eyes to get my bearings, but I still couldn't forget what would be looming below me in the world I knew.  I couldn't risk it.

The tips of my toes gently came into contact with some kind of solid surface.  My feet were soon planted on the ground.  The sound revved up again, but it was different now.  It rang out from some indistinguishable point above my head, and there was an echo to it that it never had before.  Much of the noise seemed to be dissipating before it reached me, reducing it to the level it had been in the hospital.  Back there it was driving me mad, but after hearing how loud it could truly be, this came as a relief.

I finally opened my eyes.

The room I occupied was enormous.  At least it seemed like a room.  The walls were all incredibly distant, yet still visible.  When I looked down at the solid surface beneath my feet, I jumped back.  The floor was made of some kind of transparent material.  Far below, I saw a landscape of shifting colors: pinks, blues, reds, yellows, greens.  None of it matched up at all with the kind of patchwork landscape you might normally see.  This seemed more in line with an abstract water color, and seeing it below me only added to my disorientation.

I had to look up again to stop my knees from shaking.  Another look around the room showed that it was devoid of any other presence.

I had no clue where I was, and I was alone.  Yet this wasn't much of a change.

I spun around to see a tall, bald man dressed in white.  A lab coat covered the white shirt and went halfway down his white pants.  He held out a device that fit perfectly in the palm of his hand.  It made a few beeping noises as he ran it up and down the length of my body.  I watched in awe as he worked.  "Us?  I only see you."

"The others are waiting."

This still didn't answer my question, but I didn't bother with a follow-up.

Once he completed his scan, he analyzed a little readout that popped up.  It was holographic and hovered in the air in front of him, though it was written in a language that I didn't understand.  He nodded to himself.  "Follow me," he said without looking away from the data.

He waved with his free hand, and the air swirled and irised away, leaving a hole in the world.  He stepped through it without a second thought, while it felt like my feet were frozen to the floor.  I leaned forward, trying to discern what awaited me on the other side.  I only saw the light blue haze of this newest portal.

Come on, I urged myself.  This isn't any worse than jumping off a cliff.


This realization turned out to be what I needed.  My feet began to move, but this time I didn't close my eyes as I walked through the doorway.  The blue haze grew around me, obscuring my vision entirely for several seconds.  When I set my second foot down on the other side, the haze began to dissolve.

As the new room came into view, the only noticeable difference was row upon row of office desks, and each desk was occupied by someone in the same uniform that my escort wore.  I spotted him several paces ahead of me, and I hurried to catch up.

I soon found myself standing beside one of the desks.  I could see nothing unique to distinguish it from the others.  Another man, also with no hair, greeted the first man with a nod.  "We have a new blank slate," my escort said by way of introduction.

Neither of them gave me a second thought.  "Do you know what his file says?" the man at the desk inquired.

"Just a drone.  Worked as an actuary.  Bored with his life, generally dissatisfied.  Slate wiped clean in a car accident."  The words came out devoid of emotion.

"We need to wipe his memory of being here.  Rebooting him should drown out the sound of the engines."  The new man leaned over to pull something out of a desk drawer.

"Engines?"  I don't know why I even bothered saying this aloud.  No one was at all concerned with me.

"We need to make sure there's no trace left before I take him back," my escort insisted.

This new voice jarred me.  A young woman had suddenly appeared right beside me, so close we were almost touching.  She had long red hair tied back in an elaborate braid.  Jewels adorned her hair, making her sparkle in the unnaturally bright light of the room.  Her clothes made her look like a parrot exploded on her.

"Don't talk to me like that," the young woman insisted.  "You promised I could keep someone."  She looked over and flashed me a brilliant smile.  "And I want him."