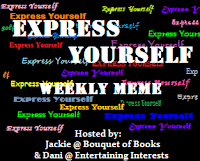 The prompt for this week is: List the book(s) you wanted to read this year but never got around to.

So many books, so little time.  I managed to read quite a few wonderful books this year, so I'm happy about that.  Still, there are so many books out there, you're bound to struggle with reading all of them that capture your attention.

Here are a few of the books that I didn't get around to this year.  Perhaps I'll squeeze them in for 2014!  (Note: There's a mixture of fiction and science listed here, because I tend to read a healthy mixture of both.  I'm just a fan of science.)

"A young woman picks up a book left behind by a stranger. Inside it are his margin notes, which reveal a reader entranced by the story and by its mysterious author. She responds with notes of her own, leaving the book for the stranger, and so begins an unlikely conversation that plunges them both into the unknown."

"Ensign Andrew Dahl has just been assigned to the Universal Union Capital Ship Intrepid, flagship of the Universal Union since the year 2456. It’s a prestige posting, with the chance to serve on "Away Missions" alongside the starship’s famous senior officers. "Life couldn’t be better…until Andrew begins to realize that 1) every Away Mission involves a lethal confrontation with alien forces, 2) the ship’s senior officers always survive these confrontations, and 3) sadly, at least one low-ranking crew member is invariably killed. Unsurprisingly, the savvier crew members belowdecks avoid Away Missions at all costs. "Then Andrew stumbles on information that transforms his and his colleagues’ understanding of what the starship Intrepid really is…and offers them a crazy, high-risk chance to save their own lives."

The Ancestor's Tale by Richard Dawkins

"With unparalleled wit, clarity, and intelligence, Richard Dawkins, one of the world's most renowned evolutionary biologists, has introduced countless readers to the wonders of science in works such as The Selfish Gene. Now, in The Ancestor's Tale, Dawkins offers a masterwork: an exhilarating reverse tour through evolution, from present-day humans back to the microbial beginnings of life four billion years ago. Throughout the journey Dawkins spins entertaining, insightful stories and sheds light on topics such as speciation, sexual selection, and extinction. The Ancestor's Tale is at once an essential education in evolutionary theory and a riveting read."

"For 4.6 billion years our living planet has been alone in a vast and silent universe. But soon, Earth’s isolation could come to an end. Over the past two decades, astronomers have discovered thousands of planets orbiting other stars. Some of these exoplanets may be mirror images of our own world. And more are being found all the time.


"Yet as the pace of discovery quickens, an answer to the universe’s greatest riddle still remains just out of reach: Is the great silence and emptiness of the cosmos a sign that we and our world are somehow singular, special, and profoundly alone, or does it just mean that we’re looking for life in all the wrong places? As star-gazing scientists come closer to learning the truth, their insights are proving ever more crucial to understanding life’s intricate mysteries and possibilities right here on Earth."

Brilliant Blunders by Mario Livio
"Charles Darwin, William Thomson (Lord Kelvin), Linus Pauling, Fred Hoyle, and Albert Einstein were all brilliant scientists. Each made groundbreaking contributions to his field—but each also stumbled badly. Darwin’s theory of natural selection shouldn’t have worked, according to the prevailing beliefs of his time. Not until Gregor Mendel’s work was known would there be a mechanism to explain natural selection. How could Darwin be both wrong and right? Lord Kelvin, Britain’s leading scientific intellect at the time, gravely miscalculated the age of the earth. Linus Pauling, the world’s premier chemist (who would win the Nobel Prize in chemistry) constructed an erroneous model for DNA in his haste to beat the competition to publication. Astrophysicist Fred Hoyle dismissed the idea of a “Big Bang” origin to the universe (ironically, the caustic name he gave to this event endured long after his erroneous objections were disproven). And Albert Einstein, whose name is synonymous with genius, speculated incorrectly about the forces that hold the universe in equilibrium—and that speculation opened the door to brilliant conceptual leaps. These five scientists expanded our knowledge of life on earth, the evolution of the earth itself, and the evolution of the universe, despite and because of their errors. As Mario Livio luminously explains, the scientific process advances through error. Mistakes are essential to progress. "

What books did you not get around to reading this year?

Email ThisBlogThis!Share to TwitterShare to FacebookShare to Pinterest
Labels: books, Express Yourself