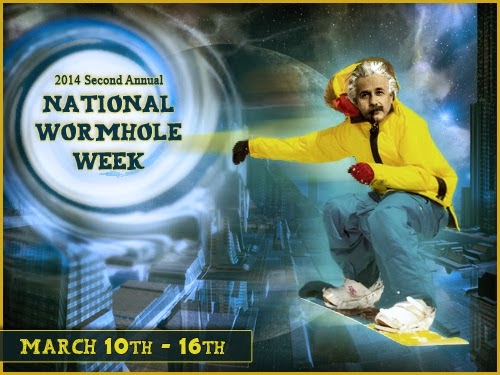 It's time for Wormfest!  It's going on all week, so feel free to jump in!  It's going to be lots of fun, I can promise you that.

Here are the rules:

For 2014, the theme is to name one thing where science advances mankind, and one where technology with unforeseen consequences will go too far and set mankind back. Example: De-Extinction, or bringing back extinction species through back breeding, genetic engineering, and cloning. With all the breakthrough discoveries mankind is on the cusp of, are we playing God?

As technology grows smaller and more powerful, it's bound to become more integrated with our bodies.  The idea of implanting microchips into the brain, either enhancing humans in some way or allowing human beings to network with one another used to be placed firmly within the realm of science fiction.  Yet, as often happens, science is catching up and aligning this once seemingly far-fetched idea with reality.

Right now, implants in the brain are being used for medical purposes, helping people deal with medical conditions such as epilepsy.  This has been happening for awhile, and it's definitely encouraging that we are learning to relieve the suffering of others through such technological advancements.

Scientists are also hoping to use microchips to implant memories into patients with damaged brains.  This could potentially assist those with memory loss induced by accidents, are those suffering from Alzheimer's.

Could someone use such technology to implant false memories?  What if someone witnessed a crime being committed, and someone wanted to alter their memories of the event?  What if the government decided that reprogramming convicts to make them into more productive members of society was the way to go?  Could such a thing even be done, and what are the ethical consequences of such an action?  Would this be considered legitimate therapy, or is changing the core of who a person is going too far?

And what if we used microchips to plug into the internet, or to network directly with one another?  It might make interactions more efficient, but there are also potential dangers involved.  How would a virus transmitted through the internet affect the human brain?  How would we ever have any privacy?

Science is a wonderful thing, as is science fiction.  While scientists work to make groundbreaking discoveries that will transform the world in which we live, science fiction will mull over the possibilities, bringing to light the potential consequences of technological advancement.  It also entertains us at the same time, which makes it even more amazing!

Oh, speaking of amazing things, I should mention, Escalation by Stephen Tremp is available today! 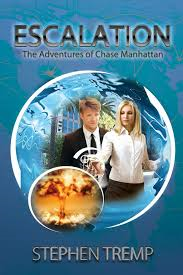