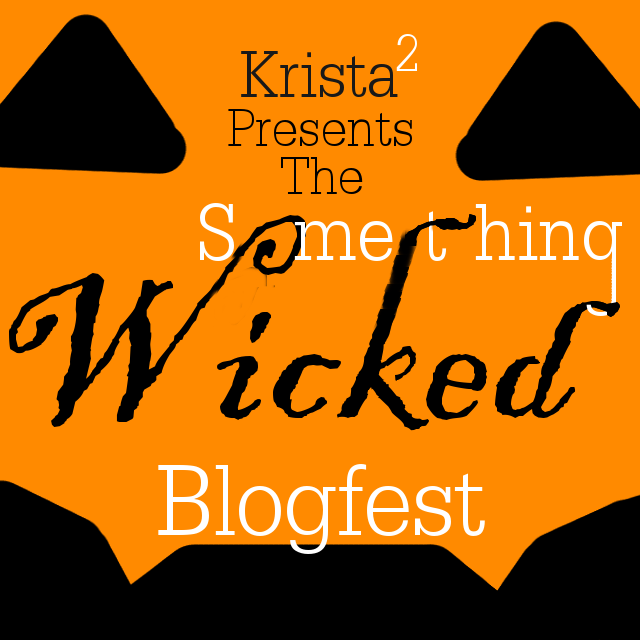 It's time for the Something Wicked Blogfest!  This one is hosted by Krista McLaughlin and Krista Wayment.  What happens when two Krista's get together to coordinate wicked things?  Chaos!

Anyway, the rules for this one are simple.  You have a maximum of 400 words to share a villain.  The villain can be real, or created by you!  They don't have to be evil or murderous, either.  Villainous things can be small, as well.  Remember the kid who used to pull your hair or try to trip you when you were in school?  You would have labeled them a villain once, right?

This is a piece of flash fiction I wrote.  Here I wanted to show the villain that resides in all of us.  Through the realm of fantasy, we can explore all those villainous deeds we'd never dream of doing in real life.  Enjoy!

“The troops are in position, Dom.”  Stan Wilcox’s voice came in clear through the headset.  He’d been Dominic’s best friend since preschool, and they did everything together.  They even went to war together.  Stan was his right hand man, the one he could count on to make sure the job was done.

“Our enemy took the bait,” Dominic observed.  The map before him illustrated the troop placements, and he saw the opposing forces outnumbered theirs 3 to 1.  Gilderblue was an important town, after all.  This was a center of commerce.  The person who controlled Gilderblue controlled the supply lines to half the country.

The fight would be gruesome.  If it were allowed to take place, that is.

The plan will work, Dominic assured himself.  The thought of sending anyone to their certain death would normally leave a sour taste in Dominic’s mouth.  What kind of person would he be if it didn’t?  Yet, here he was, poised to do just that.

This is war, and it will be won that much more quickly if we do it this way, Dominic reminded himself.

“Ready to do this?” Stan asked, his voice gleeful.  He always got worked up at times like this.  Seeing plans he helped devise unfold before his eyes ignited something in him, and that kind of excitement was contagious.

Dominic’s hand hovered over the button that would end the battle before it began.  “Let’s do it.”

One keystroke later, the deed was done.  The explosives they’d planted in the cliffs above Gilderblue unleashed an impressive volley of boulders upon the town.  Dust obscured the screen for several long moments, but the stats soon blazed across the screen.  Gilderblue was rubble, most of the men from both sides were dead, and a crucial supply line had been severed.

“All in all, a good day’s work,” Stan declared.

Dominic smiled, then glanced at the clock.  “I have to go.  If the dishes aren’t done by the time my mom comes home, she’s going to flip.”

“Yeah, I’ll text you when I’m ready to go.”  Dominic shed the headset and shut down his computer.  He’d return to battle later, but for now there were chores to do.  He hoped that he might even get an extra hour to play later that night if he folded the laundry too.
Posted by L.G. Keltner at 10:10 AM