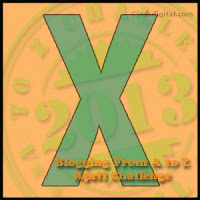 This is a continuous story.  If you haven't been here before, click HERE for entry A.  You can also find the entire story to date on this PAGE.

Adam’s day only improved from the moment he stepped out of the science lab.  Once Layla was satisfied he would be all right she returned to her work, and he went for another walk around the space station.

During this walk, he found a turquoise hat shoved behind a trashcan.    The thing was made of an itch-inducing material and was covered in glitter, but he figured someone might be missing it.  When he went to turn it in, he learned that The Great Orator had been searching for it for days.  Tradition dictated that he had to wear this hat while using the toilet facilities.  If he didn’t have it . . . well, it’s obvious why someone might have taken it upon themselves to hide it as a joke.  As one would expect, The Great Orator was elated to have the hat back, and he promptly rewarded Adam with a meal of edible meat and vegetables.

After this incident, Adam had no doubt the recalibration was a success.  After all, how could avoiding the nasty gray mash, even if only for a single meal, be viewed as anything but a ridiculous miracle?

When Adam returned to his room, he found it laden with sweet treats from all over the galaxy, courtesy of the grateful orator.  Some were nothing short of exquisite, while others were undoubtedly an acquired taste.  Either way, this was part of a welcome change of pace.  He lay back on the bedspread, feeling content for the first time since he was yanked from his home.

A knock at the door roused him from his blissful relaxation.  “Come in!” he called.

When Layla walked into the room, Adam pushed himself immediately from the bed and onto his feet.  “I wasn’t expecting you.”

She shrugged.  “I didn’t mean to bother you.  I just wanted to see how you were doing.”  Her eyes traversed the room, taking in the multicolored, multi-shaped landscape of culinary delights scattered about the furniture.  “Part of your reward for being of service to the Great Orator, I presume.”

“I’m going to have a hard time leaving here with all this stuff taunting me,” Layla said lightly.

“Then don’t leave,” Adam replied, freed by his new sense of confidence.

She rewarded him with a playful smile.  “All right.”

They initially spoke about the mission.  “The knights have completed their knitting.  The blankets are being shipped out tonight, and they’ll be flooding charities all over the sector for the next couple of days.  Hopefully that will have most of Bibble’s enforcements out of the DULL office.”

If that part of the plan worked, it would make things a lot easier for them.  When Adam and Layla walked into Bibble’s office, they would be alone.  Yes, they would have backup in case the primary plan failed, but the goal was to avoid shooting.  Adam and Layla’s survival hinged upon avoiding the backup plan.

Though Adam had to acknowledge the possibility of a grim outcome, he didn’t believe it would come to that.  He still felt unstoppable.  “It’ll work.”

“Well, I may not have a foreshadower, but I don’t think that’s a bad thing.  George’s foreshadower feels too much like a badly conceived plot device anyway.” Adam stopped for a moment and laughed.  “Then again, so does my whole life.”

Layla sat on the bed, and Adam followed suit.  “Either way, this is risky, and I got to thinking about what I want to do before we go.  I don’t want to leave anything unsaid.  You know what I mean?”

Adam nodded.  “I know exactly what you mean.”  Undeterred by the memory of his disastrous first attempt at kissing the last girl he had a thing for, which resulted in a trip to the hospital, he leaned forward.  Her hands found their way to his shoulders as she met him partway.  His concerns about the mission melted away as the warmth of the kiss spread through his body.  Yet, even after a full minute spent in that embrace, one stubborn concern remained.

Breathless, he pulled back.  “Are you sure you want this?”

Layla, whose cheeks were flushed, furrowed her brow.  “What do you mean?”

“I’ve been having a lot of good luck since I went through that procedure.  How do you know this is what you want, or if you’re just being manipulated by my bioelectric field?” Even as he said it, Adam noted that sounded highly irregular, like it his statement could be rearranged into a bad pick-up line.

Layla shook her head.  “I liked you before this.  Even if your biochemistry is messing with me, I can live with it.  So maybe you should accept the fact that you’re getting lucky tonight.”  Her voice was irreverent.  Uninhibited.

Adam, content with and excited by that answer, kissed her again.