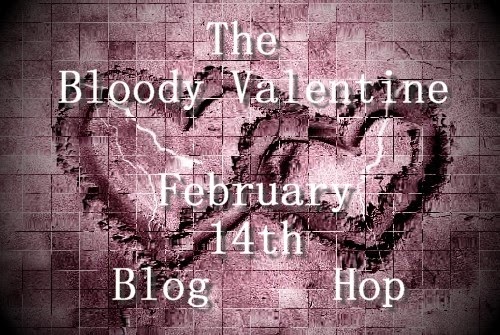 I decided to write a piece of flash fiction.  It's definitely lacking the normal warm and fuzzy feelings that many people associate with this particular holiday.  I hope you enjoy it!

Steph’s eyes traveled across the ceiling, noting the way the soft moonlight played across the hills and valleys in the plaster.  The digital display from the alarm clock cast a faint red hue over the bed, and Steph’s thoughts darkened when she was reminded of the time.

Nothing good can ever happen at 4 AM, she thought bitterly.

A faint gurgling sound disrupted the brief quiet, marking the beginning of another cycle of torment.  Steph glanced at the sleeping form beside her.  Martin’s mouth hung wide open in his slumber, a trail of drool leaking out of the corner of his mouth.  She suppressed a shudder as she surveyed the disgusting sight.

He used to be so handsome, so charming.  What the hell happened?

The answer to this question was, of course, obvious.  Once she had a wedding ring on her finger, his entire demeanor changed.  It wasn’t an immediate change.  Oh no.  It snuck up on her bit by bit.  He stopped complimenting the way she looked when they went out for date night.  Then their date nights became increasingly infrequent.

He forgot their anniversary.  I was so sure he’d remember my birthday at least, Steph thought as she clenched her hands together until her knuckles were as white as a skeleton.  What I didn’t anticipate was him remembering, only to buy me a waffle iron so I could have the great honor of cooking his breakfast.

The gurgling had grown much louder, rising like a wave about to break against the beach.  This fact was made more irritating by the fact that Martin always insisted that he didn’t snore.  Steph often wondered how he didn’t wake himself up with his cacophonous nocturnal nasal symphony.

At the crescendo, Martin choked mid gurgle.  For one blessed moment, he was silent.  That was, until his breathing passage cleared once more, allowing the horrendous sounds to resume.

If he keeps it up, he’s eventually going to drown in his own fluids!

Steph pondered this for a moment.  For the life of her, she couldn’t remember why this would be an undesirable thing.

He complains about my cooking.  He insists I don’t clean thoroughly enough, but he won’t help me either.  He never tells me happy Valentine’s Day, let alone gets me a gift.

That woeful thought brought Steph’s eyes back to the table.  Beside the clock, bathed in red light, was the half-eaten bag of candy hearts.  She’d purchased them in the hopes that Martin would see them, and that he might think to make some kind of romantic gesture.  A small gift.  Or a compliment.  Anything would have done, really.

No.  Instead I get to lie here sleeplessly, listening to you snore and wait for the ‘until death do you part’ section of the vows to become a reality.

Rage began to burn in her veins.  I deserve better than this!  I wanted so much more out of life, and this is all I get?

The decision wasn’t a conscious one.  Before Steph knew what she was doing, the bag of candy hearts was in her hands, and she was straddling the sleeping form.  “Good night, sweetie,” she declared as she clamped one hand roughly over his nose.  The other hand tipped the bag so the little chalky candies poured into Martin’s gaping cavern of a mouth.

“Oh, so this is the way to wake you up,” Steph said thoughtfully, more to herself than anyone else.  “That’s good to know.”

The gurgling had turned into full on choking as the candy completely blocked his airway.  Candy hearts filled his mouth to the brink, spilling out everywhere, tumbling over his lips and onto the bedspread.  His nails raked at her wrists as she firmly held him in place, one hand atop his throat, the other still covering his nose.  Blood oozed out from beneath her fingers, indicating the she must have damaged his nose in her fervor.

His eyes bulged, both terrified and pleading, but this only fascinated her.  She hadn’t seen any kind of strong emotion from this man in a long time, and she fixated on his horrified expression with an almost childlike wonderment.

She continued to watch as his attempts to dislodge her grip weakened.  Then he ceased struggling altogether.  His eyes were still wide, but they no longer saw her.  They were vacant, even more vacant than they had been while he vegged out in front of a football game.

Steph sat back for a moment, looking down at the candy hearts that rested near Martin’s blue lips.  Smiling faintly, she selected two white ones (the kind Martin hated most of all) and went to the bedside table to get a pen.  A red pen.

On the blank side of each heart, she carefully wrote in her own little message.  When she was satisfied with her results, she placed a heart atop each lifeless iris.  The first read UNTIL DEATH, and the second completed the familiar phrase with DO US PART.

Steph sighed before collapsing back onto her side of the bed, hoping that she’d be able to fall asleep before dawn.
Posted by L.G. Keltner at 3:09 AM